Book review Michelle Obama Becoming. In this book review, I outline 10 lessons that I have learnt from the bestselling book Becoming by Michelle Obama. This book fills the reader with hope, power, and aspiration. Read on to get a taste of the lessons to be learned from Becoming.

I’ve never been much of a reader, but the older I get the more I realise how invaluable it is to my personal development and growth. I’m committed to falling in love with reading. I’ve set myself the goal of reading 52 books this year! Considering I read five the whole of last year this is a very ambitious goal! The first book I’ve completed this year is Michelle Obama’s ‘Becoming’ this book was 400 pages so I think this can count as 2 books.

Becoming is an autobiography written by the former United States First Lady Michelle Obama. In this book, Obama talks about her life so far. Obama discusses her humble beginnings, how she met her husband and her time at the Whitehouse. Most interesting is how Obama was able to find her voice. It is a great memoir which I gained a lot from reading. It’s for this reason I’ve decided to share 10 lessons I learned from Michelle Obama’s Becoming.

1. It doesn’t matter where you come from or how you start, you can still achieve greatness

Reading Obama’s story from the start, there was nothing in her birth story or childhood that would make you think this girl is destined for greatness. She was a normal girl from South-side Chicago from a working-class family. Her parents worked hard to provide for Obama and her older brother. Your current situation does not determine your final destination. Your beginning doesn’t determine your end. Michelle and Barack Obama went from humble beginnings to the Whitehouse!

2. Our children are our biggest investment – water the seed and let it grow!

Obama’s parents never owned a house they saw their children as their biggest investment. The family sat together daily for dinner and the children were allowed to talk to their parents about anything and ask lots of questions. The investments we’re making in ourselves in order to provide a better future for our children should not be done at their expense. Obama’s parents let her know the importance and value of her voice, the profound effect this had on Obama growing up was demonstrated throughout the memoir. Parent’s should nurture their children and allow them to have a voice, let them know the importance of their voice and let them make decisions for themselves.

Obama spoke about how her husband would always join the family for dinner if he was home. Even if it meant coming to the dining room for a short while, eating and then returning to his presidential duties, it was important to him that he spent this quality time with his family. If the president made that commitment to his family amidst the responsibility that lay on his shoulders, what’s our excuse for not making time for loved ones?

4. Do not revel in the approval of others

Obama explained that reveling in the approval of other people put her on the established path, and stopped her from swerving or ever even considering a swerve. Obama went on to explain that what she thought she would lose in terms of other peoples high regard was too costly. Getting that ‘well done!’, ‘great job!’ and always striving to meet other peoples expectations of you can be crippling.  Always ask yourself ‘why’ when making critical decisions about your life and future, be honest with yourself and this will help you avoid falling into the trap of living your life to please other people.

5. Marriage requires maintenance, even when you are madly in love

Obama explained that the couple shares a “visceral and grounding love” that has changed a nation, reared two beautiful children and even inspired a feature film. However despite how iconic and sought after their relationship is it is still imperfect. When recounting a rocky period in her marriage, Obama reminds readers that even legendary lovers face their fair share of hard times and can benefit from counseling sessions. 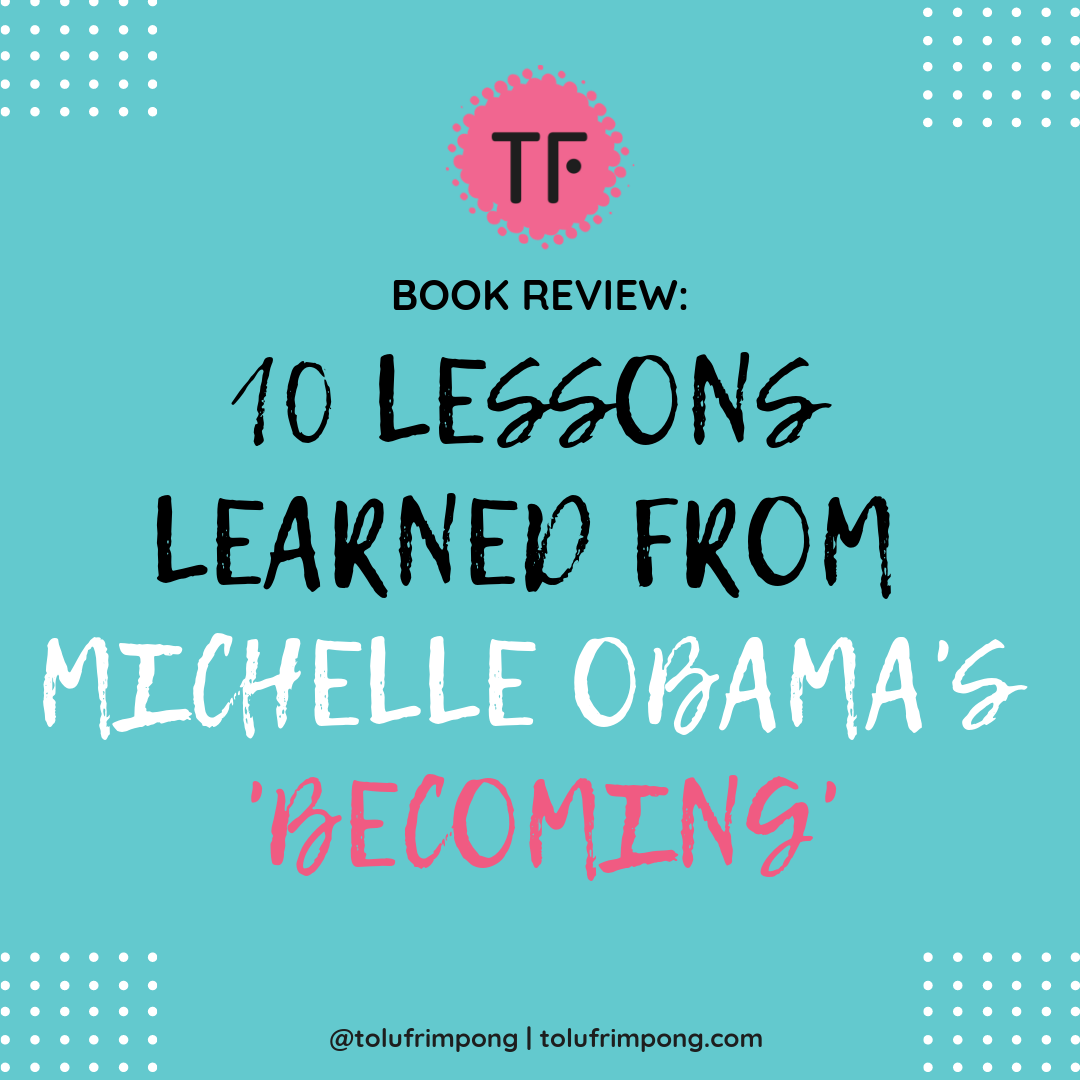 6. There isn’t one final destination, we are all Becoming

Throughout the book, Obama took on many different roles and titles. Obama expresses a dislike for the question of what do you want to be when you’re older as it assumes this is your destination. As if when you get there that’s the end. Obama explains that we never become, we are continually growing and changing and developing. This is a good thing and we should embrace it. Obama went from a Lawyer to Charity Worker, to First Lady of the United States and now an author. All this before the age of 60! At the end of the book, Obama explains that she is still becoming which goes to show that we are all on a journey and should continue moving forward. Never become stagnant and write yourself off.

7. Do not allow people to put limits on you, trust your own ability and put in the work

Obama’s guidance counselor told her that she wasn’t “Princeton material”, Obama did not allow the words of this guidance counselor to shake her or deter her from applying to the College of her choice. Instead, she reached out to other educators and community leaders who actually knew her personally and were more familiar with her work and in the end, she was accepted into Princeton. Imagine how different her life could have been had she listened to this guidance counselor? Self-belief is so important as is hard work and determination.  Do not allow anyone, no matter their position tell you what you can or can’t do!

8. Don’t make assumptions. Even if  it seems out of reach, still go for it 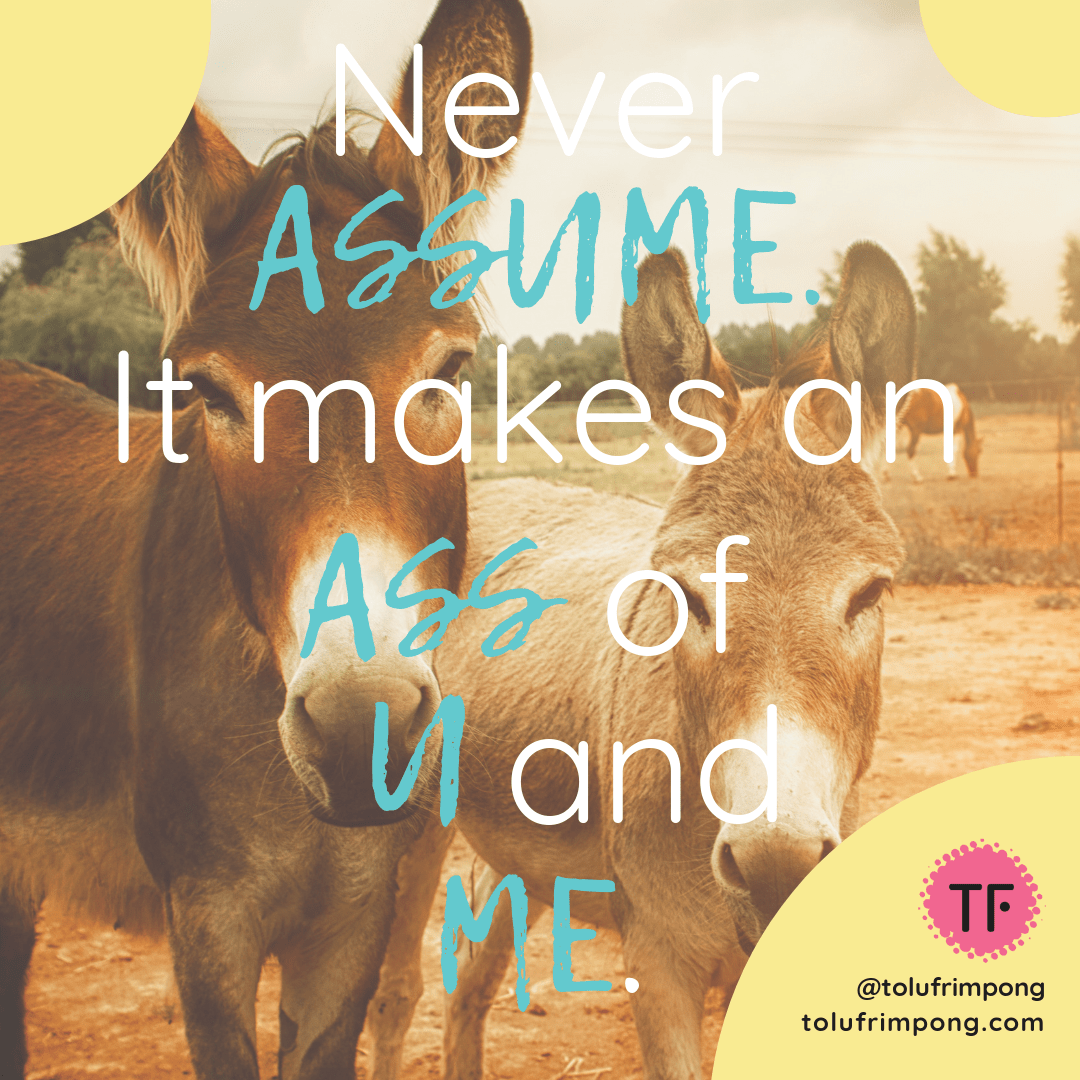 Obama attended the prestigious Whitney Young High School, 1.5 hours away from her home. Obama was very aware of the financial sacrifice her parents were making by sending her to that school every day, which is why when her school announced they were taking students on a trip to Paris she didn’t bother even mentioning to her parents. When Obama’s parents found out about the trip they asked her why she hadn’t told them about the trip to which she responded, “Because it’s too much money.” Obama was shocked when her parents said it wasn’t her decision and put her on the plane to France. The lesson here is don’t assume!

9. There’s no weakness in getting help

Years before becoming the First Family of the USA a trip to the doctor revealed that her youngest daughter Sasha was developing weight issues. Both parents worked full-time which meant that the family was eating a lot of takeaway food. Obama’s busy schedule would not allow her to cook the healthy meals her daughters needed so she hired a Chef.

10. Someone Having A Head Start Doesn’t Mean They’re Smarter Than You

When Obama arrived at the “very white and male” Princeton campus she found out that the perception that affirmative action students were less intelligent was not true. Obama explained that at first she was intimidated in the classroom because of how well spoken and confident the people in her class were. After hearing the way the students argued and articulated themselves, Obama quickly realised they weren’t any smarter than her.

I hope you found these 10 lessons insightful and inspiring. Please comment below if you found these lessons useful. Have you read the book? If so, please share in the comments section below any lessons that you’ve learned from the book.

If you enjoyed this post, ‘Book Review: 10 Lessons Learned From Michelle Obama’s ‘Becoming”, then you will also enjoy my other book reviews. Check them out below:

Book Review: Slay In Your Lane: The Black Girl Bible