Home/Beat Debt, Family and Finances/How I Paid Off € 24000 In 18 Months
Previous Next

In today’s blog post, Ellie Kistnen from Planning and Finances shares the story of how she paid off € 24000 debt in 18months. Read her detailed inspiring story along with her top tips for anyone wanting to get started on their own debt-free journey. 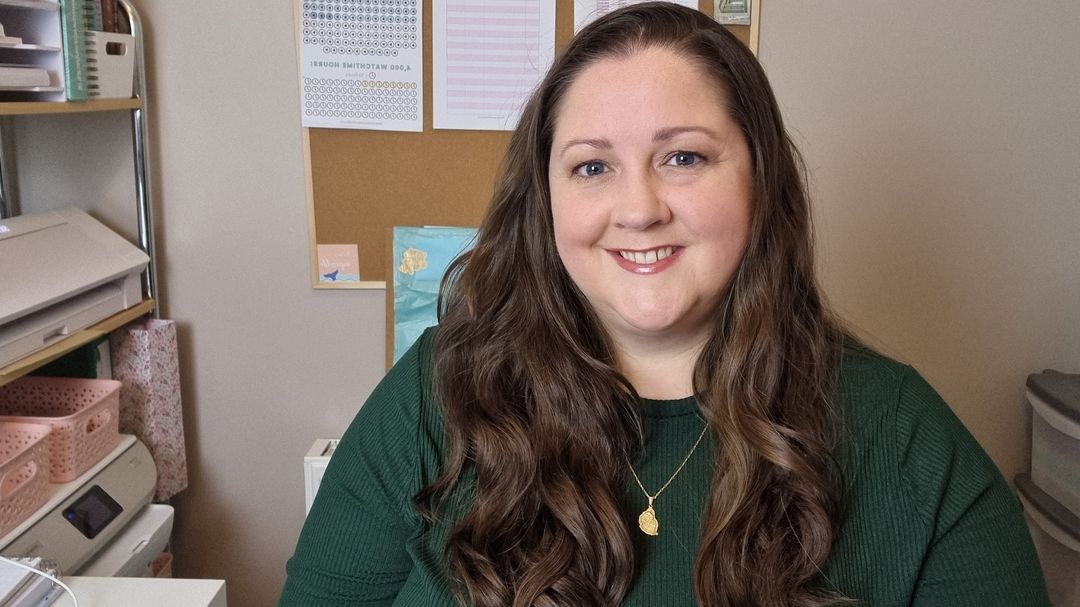 Tell us a little bit about yourself.

I’m Ellie, I grew up in a low income family in Dublin, Ireland. My dad worked and my mum managed the money which she did amazingly. Even though we were a 1 income family, we had everything we needed and my mum never was in debt, never had a credit card and had savings. I didn’t like to ask my parents for money to have the newest Nike runners. So at 13 I got a job in the local pub as a lounge girl. This was my first taste at earning money and from 13 to 16 i worked part-time and I was able to buy myself anything I liked. This was great but also where the bad habits of spending set in. I spent everything I earned.

How did you get into debt?

My debts started off small with the good ole Credit Union. I would book a holiday pay for it out of my wages but go to the credit union for a small loan for my spending money. Usually €600-€1,000. I would always have a loan out with them. It became the norm. But what really put me on the wrong path was my car. At 22, I was in an accident and I wrote off my 10 year old car. I had no savings to buy a new car out right. I went to the local garage and within a few days I owned a 2 yr old Nissan Almeara costing €14,000. It came to me so easy. My biggest mistake came when I was down to a balance of €3k on the car loan and I just wanted it gone. I decided to pay it off with my credit card with the intention of paying the credit card off quickly ove rthe next few months. Of course that did not happen and that credit card eventually ended up at €7k. Don’t ask me how, I can’t even remember now what I spend the money on. I met my husband and we spoke about buying a home and I told him about my credit card debit. He agreed to help me clear it. Coming from Mauritius he was not used to debt. He grew up saving for things you wanted. So we bought our home and we were debt free. But my habits of wanting things now were still there. My Almeara was on its last legs my husband needed a car and I really want to get a new kitchen. I was tired of saving. So while we paid out a lot in savings for these things we owed about €24k at the end of it.

What motivated you to embark on a debt-free journey?

My husband. He could not handle having a loan and needed to clear it off as soon as possible. He was a saver and his savings was so low as our income every month was going to pay off the debts. I also found the debt free community on youtube, this was back in 2015. All these people were showing their budgets, talking about the Dave Ramsey’s baby steps and paying down their debt. I was engrossed and consumed so much information and learned so much. I had always done up a budget and was a total spreadsheet nerd coming form working in finance but I never would go back and put in my actual spending. Now I was hooked. 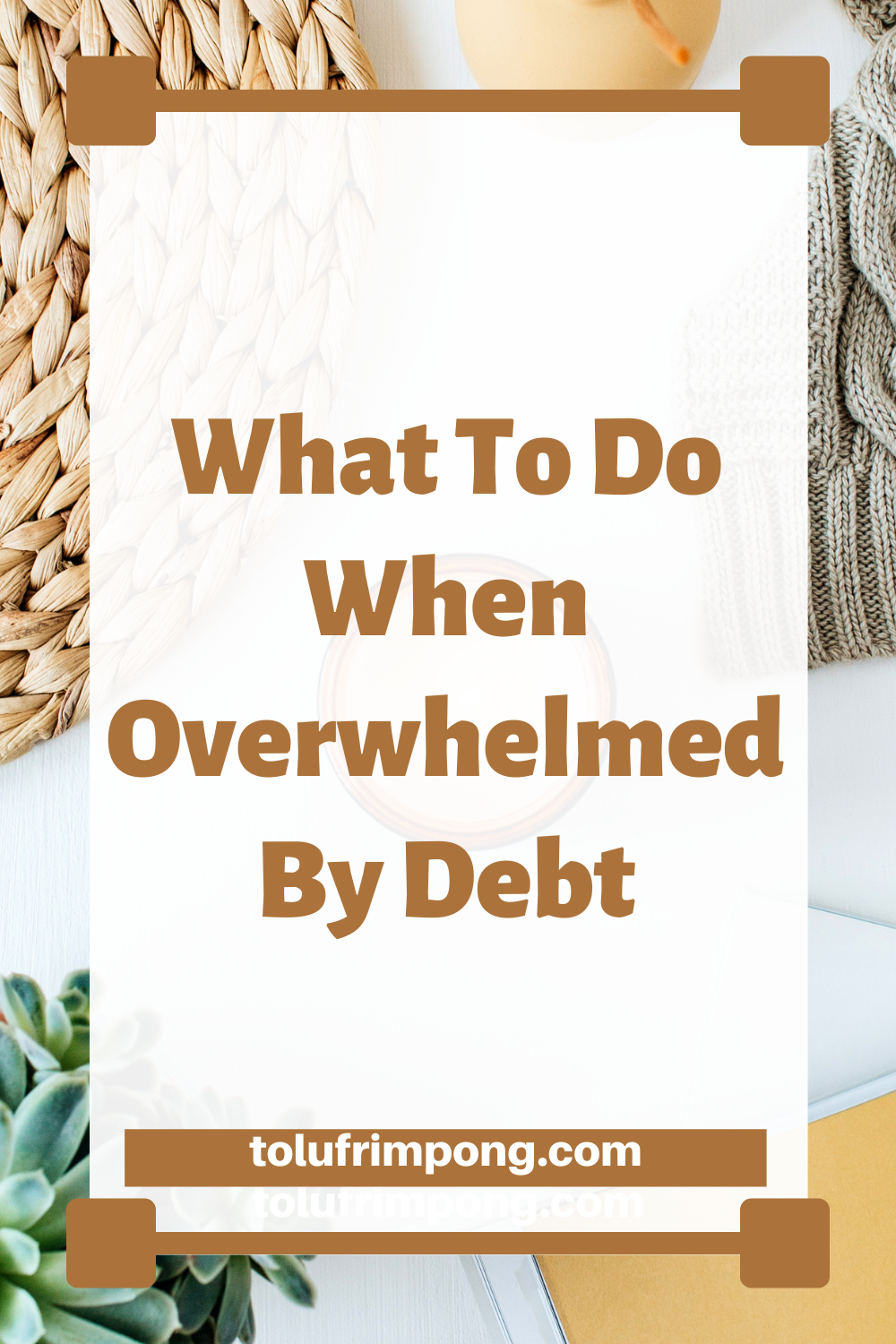 How did you get out of debt?

I started off being realistic with myself, I tracked my spending so I knew excatly where our money was going. I set a minium figure to put to debt each month and I set it up as a standing order for payday. So it got paid first. Then we lived on what was left. Our expenses also went down as I began shopping around for better utility providers, cheaper phone contracts and becoming more efficent with our food shopping. I used the cash envelope method to get me set up and on track. It really reigned me in on the areas that i tended to overspend in, like food, nights out and stationary. When I set the budget I would take out cash and fill the envelopes for each catergory. Once the money was gone it was gone. It really makes you think when you are handing over cash and you can see the money in your envelopes go sown. It was a great visual for me. Another big change we made was setting up sinking funds. Little mini savings account for Christmas and car insurances. We put a little bit aside each month into a separate savings accounts so when the time came to renew our car insurance we could avail of the cheaper price by paying in full and same with Christmas.

That I needed to know my numbers and be realistic. What is your income. What are your bills. How much do you spend on food. After your basics are paid, what is left. Educate yourself. I learned all about different types of debts and interest rates. Yes we can say we are not thought these things in school. But we also need to take responsibily ourselves. I consumed so much content on getting out of debt and budgeting. I made it a priorty. Decluttering my home and selling stuff showed me that I had no value in some of these items. I had spent all this money and some of the stuff had never been used. This made me become intentional about what I was buying. I spent time thinking about what I really wanted to spend my money on. We worked hard for this income.

What resources and tools helped you on your debt-free journey?

Youtube was an amazing resourse for me. It was free and it was people like me doing this. These werent financial advisors, these people were so relatable. For budgeting, I used excel as I found it so easy to make changes and do the sums for me. I loved doing out forecasts so I could see months in advance. Then for managing my money the cash envelope method was great for creating that visual of actually spending money and really making me think before I made a purchase. It was also great for build up savings for things I really wanted to do or buy.

What advice would you give to anyone wanting to pay off their debt?

Face up to your debts and be very honest with yourself. Its going to be hard, but its going to be so worth it. Follow blogs, people on instagram, youtube they will help to stay motivated and they will educate you. You will see there are so many people in your position. It takes about 3-6 months to get the hang of budgeting so dont give up.

If you enjoyed this post, ’How I Paid off € 24000 in about 18months‘, then you will also enjoy my other blog posts on similar topics. Check them out below:

5 – What To Do When Overwhelmed By Debt